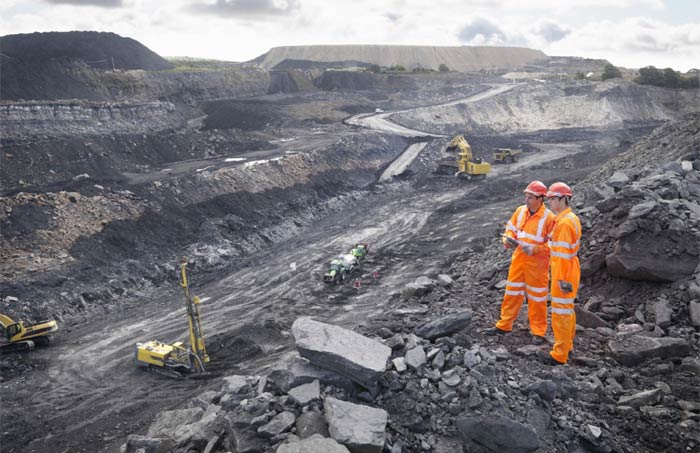 The Supreme Court of India (Supreme Court) in the Uttar Pradesh Power Transmission Corporation Limited and another vs. CG Power and Industrial Solutions Limited and another (the Judgment)1 has held that the existence of an arbitration clause under a contract does not debar the court from entertaining a writ petition in an appropriate case. Further, the Judgment ruled on the applicability of cess (Labour Cess) under the Building and Other Construction Workers’ Welfare Cess Act, 1996 (the Cess Act) and Building and Other Construction Workers (Regulation of Employment and Condition of Service) Act, 1996 (the BOCW Act) in relation to supply contracts. The underlying special leave petition under Article 136 of the Constitution of India was filed by Uttar Pradesh Power Transmission Corporation Limited (UPPTCL) against the final Judgment and order passed by the High Court of Judicature at Allahabad (Lucknow Bench) (High Court), which had allowed the writ petition filed by CG Power and Industrial Solutions Limited (CG Power).

UPPTCL had, via letter dated 5th March 2010, placed a detailed order in the form of a framework agreement (the Framework Agreement) with CG Power for construction of 765/400 kV substation at Unnao (Site) on single source responsibility turnkey basis. The Framework Agreement was split into four separate contracts namely: supply contract for supply and delivery of all equipment and materials (First Agreement); contract for unloading, handling, erection, testing and commissioning of equipment and material (Second Agreement); Civil Works Contract (Third Agreement); and an operations and maintenance contract.

Pursuant to the First Agreement, CG Power had submitted two bank guarantees to UPPTCL for performance of the agreement. In due course, CG Power duly performed its obligations under the First Agreement. Subsequently, there was an audit inspection of the Site by the audit officer of Comptroller and Auditor General of India (CAG). In the audit inspection report, audit officer of CAG pointed out the lapse on part of UPPTCL in not deducting Labour Cess from the bills of CG Power in respect of the First Agreement, and in not depositing the same with the Building and other Construction Workers Welfare Board (BOCWWB). Thereafter, the executive engineer of UPPTCL (the Executive Engineer), via letter dated 02nd September 2016, informed CG Power that as per the audit inspection report, Labour Cess was to be collected from CG Power under the First Agreement along with simple interest on such Labour Cess computed at 1% of the contract value. The provisions invoked by the Executive Engineer were Sections 3(1) and 3(2) of the Cess Act, read with Rules 3 and Rule 4 (1), (2) (3) and (4) of the Building and Other Construction Workers Welfare Cess Rules, 1998 (the Cess Rules) and also Section 2 (1)(d), (g) and (i) of the BOCW Act.

CG Power objected to the imposition of Labour Cess under the First Agreement, stating that the company was not covered under the definition of contractor provided under the BOCW Act. Thereafter, UPPTCL advised CG Power to seek opinion of the Labour Commissioner on the applicability of Labour Cess. CG Power sought the opinion of the Labour Commissioner, while contending that Labour Cess was not payable under the Cess Act or the BOCW Act for supply of equipment and materials under the First Agreement. CG Power further made a representation to UPPTCL for setting aside the demand for Labour Cess alleged to be outstanding.

On 01st June 2018, the Superintendent Engineer of UPPTCL informed the bank which had issued the bank guarantee on behalf of CG Power to retain an amount of INR 2,60,68,814/- from bank guarantee and issue an amended bank guarantee extending its validity. On 29th December 2018, the Superintendent Engineer of UPPTCL requested the Executive Engineer, Unnao to recover Labour Cess for the supply part of the First Agreement from the pending bills of CG Power, and in case any amount still remained outstanding, to deduct such amount by encashment of the performance bank guarantee for INR 2,60,68,814/- to secure the payment of Labour Cess. On 3rd January 2019, CG Power filed a writ petition before the High Court, challenging the said communications made by UPPTCL.

Observations and Decision of the High Court


By the impugned order dated 24th February 2020, the High Court set aside the letters dated 02nd September 2016 and 29th December 2018 sent by UPPTCL to CG Power demanding outstanding Labour Cess. The High Court, firstly, accepted the submission of CG Power that in the absence of levy and assessment under the Cess Act and the Cess Rules, the letters of UPPTCL were unsustainable in law. Labour Cess could only be recovered in the manner stipulated in the Cess Act and the Cess Rules.

Observations and decision of the Supreme Court


On the applicability of Labour Cess

In this regard, the Supreme Court examined the object of BOCW Act basis the judgments in Dewan Chand Builders and Contractors vs. Union of India2 and Lanco Anpara Power Limited vs. State of Uttar Pradesh and Ors (“Lanco Apara”), and laid down that the clear statutory scheme of the BOCW Act excludes a supply contract from its ambit. It was observed that Labour Cess under the Cess Act read with BOCW Act is leviable only in respect of building and other construction works, having regard to Section 2(d) of the BOCW Act. Therefore, the condition precedent for imposition of cess under the Cess Act is the construction, repair, demolition or maintenance in relation to a building, generation, transmission and distribution of power, electric lines, pipelines etc. Accordingly, mere installation and /or erection of pipelines, equipment for generation or transmission or distribution of power, electric wires, transmission towers etc which do not involve construction work are not amenable to Labour Cess under the Cess Act.

The Supreme Court, further, referred to its judgments in Whirlpool Corporation vs. Registrar of Trademarks, Mumbai and Ors and Pimpri Chinchwad Municipal Corporation and Ors. vs. Gayatri Construction Company and Ors, to hold that the availability of an alternative remedy does not prohibit the High Court from entertaining a writ petition in an appropriate case. It was noted that the High Court may entertain a writ petition, notwithstanding the availability of an alternative remedy, particularly on the following grounds:

Expanding on the above, the Supreme Court reiterated that when a statute requires an act to be done in a particular manner, it is to be done in that manner alone. Therefore, the Supreme Court reaffirmed the decision of the High Court which had held that UPPTCL had acted in excess of its powers, when there was admittedly no assessment or levy of Labour Cess under the Cess Act as per procedure established by law.

The Supreme Court also clarified that it was a well settled judicial proposition that relief under Article 226 of the Constitution of India may be granted in a case arising out of contract.

The appeal by UPPTCL was consequently dismissed.

The Supreme Court’s decision clarifies an important aspect on the coverage of Labour Cess under the Cess Act and the BOCW Act. The decision clarifies that the Labour Cess is payable only on agreements pertaining to building and construction work, and not with respect to supply agreements. While this view is a logical consequence of the judgment of the Supreme Court judgment in Lanco Anpara, the clarity provided by the Supreme Court is welcome considering the ambiguity created by certain high court decisions. Further, despite being reiterative, the Judgment’s discussion on the jurisprudence of the scope of judicial review is instructive.