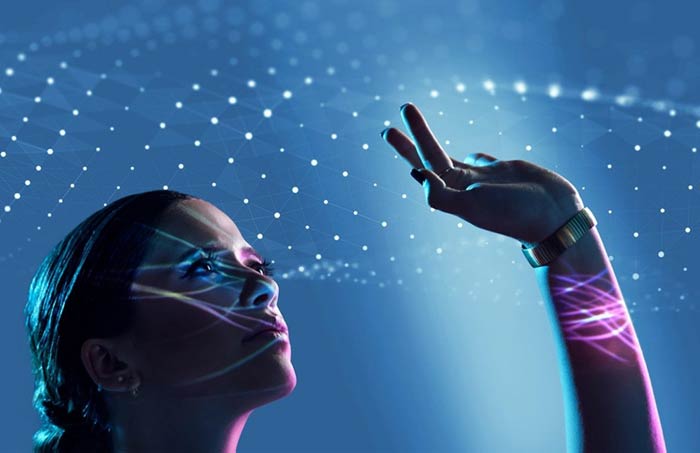 In respect of a recent decision by the Hon’ble Supreme Court in Engineering Analysis Centre of Excellence Private Limited Versus The Commissioner of Income Tax & Anr., Civil Appeal Nos. 8733-8734 OF 2018 whereby the Court has held that cross-border payments for sale of software is not taxable as “Royalty” under the Income Tax Act, 1961 (“Act”)

The case before the Hon’ble Supreme Court was a batch of 86 appeals filed by both the assessees as well as the Department of Revenue, Ministry of Finance (“Revenue”). On the same question of law posed before the Apex Court, the Revenue had succeeded before the High Court of Karnataka in CIT v. Samsung Electronics Co. Ltd., (2012) 345 ITR 494, whereby the Karnataka High Court held that the amounts paid by the concerned persons resident in India to non-resident, foreign software suppliers, amounted to royalty and the same constituted as taxable income deemed to accrue in India under section 9(1)(vi) of the Act, thereby making it incumbent upon all such persons to deduct tax at source and pay such TDS under section 195 of the Act. Whereas, the assessees had succeeded before the High Court of Delhi (in various cases, including Director of Income Tax v. Ericsson A.B., (2012) 343 ITR 470, Director of Income Tax v. Nokia Networks OY, (2013) 358 ITR 259 among others), wherein the Delhi High Court held that such payments to foreign suppliers did not constitute as Royalty under the Act.

Thus, the moot issue before the Supreme Court in the instant case was whether the amounts paid by a person resident in India to a non-resident or foreign software suppliers constituted as taxable income that is deemed as accrued in India under Section 9(1)(vi) of the Act and the relevant Double Tax Avoidance Agreements (“DTAAs”). For the purpose of disposing off the said batch of appeals, the Court grouped the various appeals into four categories, namely:

Court’s analysis of the legislative scheme

At the outset, the Court noted the relevance of Articles of DTAAs to the present case. While reaffirming that once a DTAA applies, the domestic Act can only apply insofar it is beneficial to the assessee and not where it is adversely affecting the taxpayer. The Hon’ble Court further held that where any term is defined under the DTAA, such definition is absolute. It was held that by virtue of Article 12(3) of the India-USA DTAA, royalties are payments of any kind received as consideration for “the use of, or the right to use, any copyright” of a literary work, which includes a computer program or software. It was held that as what is “licensed” by the foreign supplier to the distributor or end-user is in fact the sale of a physical object which contains an embedded computer program, therefore, the same shall qualify as a sale of good. For this purpose, the Court relied on Tata Consultancy Services v. State of A.P., 2005 (1) SCC 308, Union of India v. Azadi Bachao Andolan, (2004) 10 SCC 1 and others.

The Hon’ble Court also reaffirmed the principle that the provisions of TDS under the Act are interlinked with the charging provisions of the Act, i.e., an obligation to deduct tax at source arises only when the sum itself is chargeable to income tax. In view of these two principles, it was held that a “person” under Section 195 of the Act cannot be expected to apply the expanded definition of “royalty” inserted by explanation 4 to Section 9(1)(vi) of the Act (inserted vide Finance Act, 2012 – with retrospective effect from 01.06.1976), for the assessment years in question, at a time when such explanation was not actually and factually in the statute. The Revenue’s argument that the distribution of copyrighted computer software would constitute the grant of an interest in copyright under section 14(b)(ii) of the Copyright Act, thus necessitating the deduction of tax at source under section 195 was rejected in this regard. Therefore, it was held that there is no obligation on the persons mentioned under Section 195 of the Income Tax Act to deduct tax at source. Further, the provisions of Section 9(1)(vi), along with relevant explanations, not being more beneficial to the assessees, were held to have had no application in the facts of these cases.

It was the contention of the Revenue that the distribution of copyrighted computer software in the instant appeals would constitute the grant of an interest in copyright under Section 14(b)(ii) of the Copyright Act, 1957, thus necessitating the deduction of tax at source under section 195 of the Income Tax Act. The revenue buttressed the said argument by submitting that that as per Section 51(b) of the Copyright Act, 1957, when any person makes for sale or hire, or sells or lets for hire, or distributes, either for the purpose of trade or to such an extent as to affect prejudicially the owner of the copyright, or imports into India, any infringing copies of the work, such importation into India without a license would amount to infringement of copyright. It was further contended that Section 58 of the Copyright Act regards infringing copies of any work as the property of the owner of the copyright, who accordingly may take proceedings for the recovery of possession thereof or in respect of the conversion thereof. Furthermore, relying on Section 52(1)(ad) of the Copyright Act, the Revenue argued that only the making of copies or the adaptation of a computer program from a legally obtained copy for non-commercial, personal use would not amount to infringement, and therefore in the instant appeals, where such copies were made for commercial use, the converse would be true.

In this regard, the Hon’ble Court noted that the language of Section 14(b)(ii) of the Copyright Act makes it clear that it is the exclusive right of the owner to sell or to give on commercial rental or offer for sale or for commercial rental “any copy of the computer programme”. Thus, a distributor who purchases computer software in material form and resells it to an end-user cannot be said to be within the scope of the aforesaid provision. The sale or commercial rental spoken of in Section 14(b)(ii) of the Copyright Act is of “any copy of a computer programme”, making it clear that the Section would only apply to the making of copies of the computer program and then selling them, i.e., reproduction of the same for sale or commercial rental. It has been held that the object of Section 14(b)(ii) of the Copyright Act, in the context of a computer program, is to interdict reproduction of the said computer program and consequent transfer of the reproduced computer program to subsequent acquirers/end-users. By way of contrast, once a book is sold, on further resale of the same book, the purchaser loses the material book altogether, as such purchaser has, for consideration, parted with the book once and for all. It has also been is significantly noted that after India took such positions qua the OECD Commentary, no bilateral amendment was made by India and the other Contracting States to change the definition of royalties contained in any of the DTAAs relevant to the instant appeals. Whereas, even the DTAAs that were amended subsequently, such as the Convention between the Republic of India and the Kingdom of Morocco for the Avoidance of Double Taxation and the Prevention of Fiscal Evasion with respect to Taxes On Income, incorporated a definition of royalties, that is not very different from the definition contained in the OECD Model Tax Convention.

The Hon’ble Supreme Court observed that vide Circular No. 10/2002 dated 09.10.2002, the Revenue, after referring to section 195 of the Income Tax Act and deciding that a No Objection Certificate from the Department would not be necessary if the person making the remittance is to submit an undertaking along with the certificate of an accountant to the Reserve Bank of India, has itself made a distinction in the proforma of the certificate to be issued in Annexure B to the aforesaid Circular, between remittances for royalties and remittances for supply of articles or computer software. Therefore, when referring to “royalties” under the DTAA, the Revenue itself makes a distinction between such royalties and remittances for supply of computer software, which is then treated as business profits, taxable under the relevant DTAA depending upon whether there is a PE through which the assessee operates in India. Thus, the Court noted this circumstance to conclude that the Revenue has itself appreciated the difference between the payment of royalty and the supply/use of computer software in the form of goods, which is then treated as business income of the assessee taxable in India if it has a PE in India.

The Court further observed that as per Article 12 of the DTAAs (defining “royalty”), the distribution agreements do not create any interest or right in such distributors or end users, as the case may be, which would amount to the use of or right to use any copyright. As noted above, it has been affirmed that since the provisions of the Act are not beneficial to the assessees, as compared to the DTAAs, the same shall not be applicable. Therefore, the Hon’ble Court has held that the amounts paid by resident Indian users to non-resident suppliers, as consideration for the resale or use of the computer software through distribution agreements, is not the payment of royalty for the use of copyright in the computer software, and hence, the same does not give rise to any income taxable in India. Consequently, the persons under Section 195 of the Act are not liable to deduct any TDS.

The principle has been made equally applicable to all four categories of cases provided in Para 2 above.

It is relevant to note that the Revenue in the instant case had heavily relied upon a recent judgment of the Hon’ble Supreme Court in PILCOM v. CIT, West Bengal-VII, 2020 SCC Online SC 426, which dealt with section 194E of the Income Tax Act, for the proposition that tax has to be deducted at source irrespective of whether tax is otherwise payable by the non-resident assessee. They also relied upon CBDT Circular No. 588 dated 02.01.1991,12 which clarified that tax concessions were not available in relation to payments in respect of software imported separately or independently of computer hardware. However, the Court in the present case has observed that Section 194E of the Act belongs to a set of various provisions which deal with TDS, without any reference to chargeability of tax under the Income Tax Act by the concerned non-resident assessee. This section is similar to sections 193 and 194 of the Act by which deductions have to be made without any reference to the chargeability of a sum received by a non-resident assessee under the Act. The Court has observed that “at the heart of section 195 of the Income Tax Act is the fact that deductions can only be made if the non-resident assessee is liable to pay tax under the provisions of the Income Tax Act in the first place.” Thus, holding that the judgment in PILCOM has no application to the facts of this case.

By way of the instant case, not only has the Hon’ble Court decided a two-decade old issue but has clarified many important aspects pertaining to the copyright law and Indian income-tax law. The decision also clarifies the importance of commentaries by Organization for Economic Co-operation and Development and DTAAs viz-a-viz the domestic tax laws.

The decision clarifies the law around import of computer software in an in-depth manner and thus, resolves the challenges associated with income tax as well as international tax.

W.e.f. 01.04.2020, an Equalization Levy of 2 % has been introduced on goods or services supplied by non-residents to India through an electronic platform. Furthermore, only those payments which are not taxable as royalty or as fees for technical services, are subjected to the Equalization Levy.

Therefore, in the aftermath of the present decision, i.e., software license fee not taxable as royalty, we will have to wait and see if the same would be subjected to the new Equalization Levy.