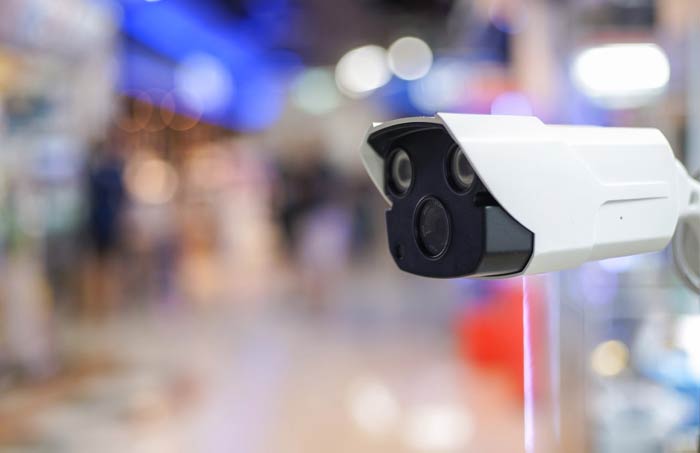 There is rampant film piracy in India, especially after the COVID-19 pandemic, where it rose by 62% between February 2020 to March 20201 perhaps due to rapid digitization in this period. The government has proposed amendments to the Cinematograph Act, 1952 (Cinematograph Act) in 2010, 2018, 2019 and 2021 pursuant to the observations and the recommendations made in the Mukul Mudgal Committee (2013), Shyam Benegal Committee (2016) and the Standing Committee on Information Technology (2019-2020).

In 2010, a draft of the Cinematograph Bill, 2010 was first introduced and circulated by the Ministry of Information and Broadcasting (MIB) in an attempt to bring about a change in the system of the film certification to a classification process. To examine these issues, the Mukul Mudgal Committee (MM Comm) was set up in 2013. In the MM Comm Report in 2013 (MM Comm Report), recommendations on issues such as: (a) formation of advisory panels; (b) guidelines for certification; (c) portrayal of women, obscenity and communal disharmony; (d) classification of films; (e) treatment of piracy; and (f) jurisdiction of the appellate tribunal were made. For addressing the same, the MM Comm suggested: (a) setting up a screening panel instead of an advisory panel; (b) criminalizing the act of unauthorized copying of a film; and (c) appointing at least one-third of women on the screening panel with an intent of effectively addressing sensibilities of women in the films.

Subsequently, the Shyam Benegal Committee (SB Comm) was set up in 2016 and its report (SB Comm Report) was issued which sets out broad guidelines for certification within the ambit of Cinematograph Act. The SB Comm looked into: (a) improvements to be made in the administrative aspects of certification; (b) procedures to be followed by Central Board of Film Certification (CBFC); (c) the appointment of members that would constitute the CBFC and its advisory panel; and (d) the need for a separate rating for films with explicit scenes of sex and violence. This led to the introduction of the Cinematograph (Amendment) Bill, 2018 (2018 Bill). Although the 2018 Bill seemed to be in the right spirit , it missed a lot of important recommendations that were made in the MM Comm Report and the SB Comm Report. This further led to the introduction of the Cinematograph (Amendment) Bill, 2019 (2019 Proposed Amendment).

In March 2020, the standing committee on the information technology (2019-20) asked the MIB to revisit the Cinematograph Amendment Bill 2019 to inter alia: (a) ensure consistency with other laws; and (b) to increase the penalty proposed enhancing the maximum fine (from a maximum of INR 1 million as proposed under the Cinematograph Amendment Bill 2019) to a range of 5% to 10% of the audited gross production costs of a film to punish the offenders. In addition, the committee constituted by the MIB: (a) suggested that a “fair use” provision should also be included when the laws were amended to provide adequate safeguards to innocent people using film clips for non-commercial purposes; and (b) pointed out that there was no mention of the minimum period for imprisonment and the minimum fine in the revised draft of the Cinematograph Amendment Bill 2019.

Abolishment of the FCAT

Pursuant to the Intellectual Property and Media & Entertainment Tribunals Reforms (Rationalization and Conditions of Service) Ordinance 2021 (Ordinance) the Film Certificate Appellate Tribunal (FCAT) was abolished with effect from April 2021. FCAT was a statutory body set up by the MIB in 1983, under Section 5D of the Cinematograph Act, 1952. Its primary job was to hear appeals filed by the applicants who were aggrieved by the decision of the CBFC, under Section 5C of the Cinematograph Act. The FCAT was headed by a chairperson and had four other members, including a secretary appointed by the Government of India and headquartered in New Delhi. The abolition of the FCAT means filmmakers will now have to approach the High Court whenever they want to challenge a CBFC certification.

The 2021 Proposed Amendment also overrides all laws which are contrary to the provisions of Section 6AA to be inserted in the Cinematograph Act. The provisions of the Copyright Act, though not specifically mentioned here, would continue to be prohibited and one would have to see how the option of fair use, parodies, non-commercial recordings is treated once the amendment is passed.

Further, the 2021 Proposed Amendment interestingly provides for authorisation from the author of the film as opposed to the copyright owner as set out in the 2019 Proposed Amendment. However, due to the nature of industry and various assignments through the course of the making, distribution and completion of the film, it is not necessary that the first author of the film as defined under the Copyright Act will be the copyright owner of such film. This should be considered and reflected correctly in any amendment to the Cinematograph Act.

The 2021 Proposed Amendment links the fine for an offence of piracy to the gross production cost of the film. This may lead to exorbitant penalties in case of high-budget films, which should serve well as a deterrent. The 2021 Proposed Amendment also fails to distinguish between first-time offenders and repeat offenders, something that the Copyright Act does by prescribing different penalties. Courts would have to bear these details in mind when imposing penalties.

Piracy is already a punishable crime under the Copyright Act. The 2021 Proposed Amendment introduces an additional and more onerous punishment to that of the Copyright Act. Perhaps it would be in good stead to include harmonious provisions in all relevant laws (akin to the standardized grievance redressal system being set up for OTTs, broadcasters and traditional news / digital news platforms) to avoid statute shopping and multiplicity of actions for the same offence.

Age Rating
The age rating has been harmonised in the 2021 Proposed Amendment and the Intermediary Rules. However, it is interesting to note, the Cable Television Network Rules, 1994 read with the Self-Regulatory Content Guidelines for Non-News and Current Affairs Channels issued by the Indian Broadcasting Foundation have not been harmonised vis-à-vis age ratings and a gap remains in uniformity. So though films and other OTT content is subject to this age classification, tv serials / shows do not currently have the same classification system under law.

Censorship by CBFC
Various concerns and suggestions on the 2021 Proposed Amendment were submitted to the MIB by July 2, 2021, some of which are available in the public domain. These submissions relied on SB Comm Report and the MM Comm Report and state that the CBFC is a certification body which should not have the power of censoring and cutting films for grounds other than age certification. They contended that the CBFC often censors movies based on religion, political opinions etc. which according to them was not the intent of the Cinematograph Act and rules thereunder. A suggestion was made by various producers, etc. that the role and the powers of the CBFC should be clearly set out in the law when the amendment is made.

Revisional power of the Central Government
In Union of India v. KM Shankarappa (KMS Case) the power to review a film after its approval by the CBFC has been struck down by the Supreme Court of India. The Supreme Court was of the opinion that, ‘Once an expert body has considered the impact of the film on the public and has cleared the film, it is no excuse to say that there may be a law and order situation and so there would be no ground for the Executive to review or revise the decision of the Board/ Tribunal. However, if the same is permitted, it would amount to interference with the exercise of judicial functions.’

In the 2021 Proposed Amendment, the government has suggested amending Section 6 (1) of the Cinematograph Act which would give the central government revisional powers thus, allowing it to re-certify a film that has already been certified by the CBFC.

Section 6 (1) of the Cinematograph Act has already been struck down as unconstitutional in the KMS Case. The amendments in the provisions of the 2021 Proposed Amendment are contrary to the ruling of the Supreme Court of India in the KMS Case. If this provision becomes the law, it will be interesting to see how many film producers challenge the constitutionality of the laws and what views courts will subsequently take on its interpretation as a law is being enacted contrary to a Supreme Court decision.

In addition, the producers and the film industry in general are not in favor of such unfettered discretion in the hands of the central government for revisionary powers under Article 19 (2) of the Constitution of India due to its broad nature, especially due to recent incidents with respect to shows such as Tandav , Mirzapur , Suitable Boy and Bombay Begums to name a few. Netflix has been in the news for consistently censoring its content to comply with Indian laws through the years and recently chose not to release its anime series featuring Shiva. Press articles also indicate that Amazon Prime also recently dropped Vishal Bhardwaj’s show on a hijacking and that Zee 5 and Hotstar have also censored some content prior to airing in India.

Based on the language in the 2021 Proposed Amendment it appears that the decision of the CBFC would not be binding on the central government. However, this should be clarified prior to enacting the law. Further, there seems to be lack of clarity in terms of the number of times a certified film would be re-examined by the central government.

We are living in interesting times indeed. There are many reforms being made to Indian laws which regulate the media & entertainment space which may directly affect the content made available in India. One would also have to see how effective the courts are in enforcing the amendments (when implemented) in a time sensitive fashion.