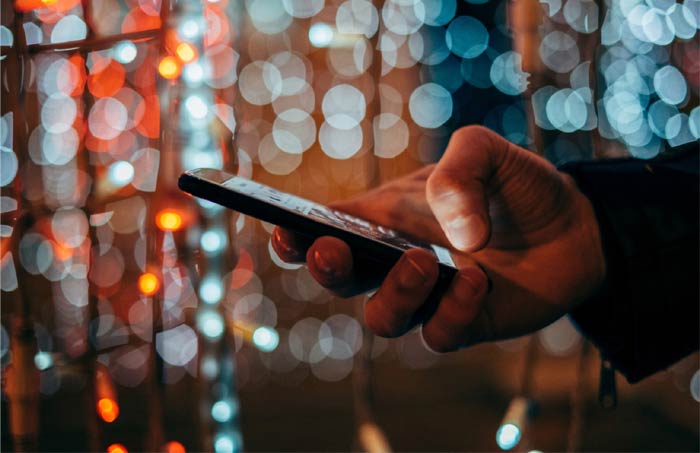 Evidence is a type of confirmation or proof placed before the court to lend confidence to a matter. Evidence can be separated into two parts, Primary Evidence and Secondary Evidence. A Primary Evidence usually infers the presence of an admissable document whereas Secondary Evidence is referred to when parties do not have primary evidence and may rely upon oral testimonies to establish existence or contents of a document. However, with the advancement of technology, certain issues have arisen with regard to the admissibility of electronic evidence. Typically electronic evidence falls in the category of secondary evidence, given that it is incorporeal. The present alert is an attempt to decodify legal provisions and judicial precedents relating to admissibility of electronic evidence, such as WhatsApp chats.

Sections 65A and 65B of the Indian Evidence Act, 1872 (“Evidence Act”) lay down the following four conditions that are to be fulfilled in order for secondary evidence to be admissible;

There are many cases where High Courts have considered WhatsApp chats as evidence such as in the case of Rakesh Kumar Singla v Union of India wherein the Punjab and Haryana High Court relies on WhatsApp chats while granting bail. It was further held in this case that without a certificate as required under Section 65B(4) of the Evidence Act, WhatsApp chats cannot be treated as evidence.

The issue arose from a December 2, 2016 concession agreement between the South Delhi Municipal Corporation (“SDMC”) and a consortium comprising of A2Z Infraservices (“A2Z”) and another for the collection and transportation of waste materials. On April 28, 2017, A2Z entered into another agreement with Quippo Infrastructure (“Quippo”) for carrying out a part of the contracted work and it was agreed that all fees received by A2Z would be deposited into an escrow account from which payment would be made to the relevant parties.

On May 28, 2020, A2Z terminated the agreement Quippo moved the Calcutta High Court on September 14, 2020 for an arbitration panel on issues relating to the contract between A2Z and Quippo. A single judge bench of the Calcutta High Court was told by the counsel of Quippo about a WhatsApp message dated March 19, 2020 in which A2Z purportedly admitted to a payment of INR 8.8 cr (Indian Rupees Eight crore and Eighty Lakhs) due to Quippo. Quippo also produced an email dated 2018 before the court in which A2Z had agreed to deposit all fees received from SDMC into an escrow account.

A2Z stated that the WhatsApp message was fabricated, but the Calcutta High Court directed A2Z to deposit all fees received in future from SDMC in connection with the work covered under the concession agreement into the escrow account subject to further direction in this regard by the arbitral tribunal or the arbitral award that may be passed.

Both A2Z and Quippo appeared before the Supreme Court. However, the Supreme Court bench led by Chief Justice Ramana said that they were not satisfied with the Calcutta High Court’s direction of depositing the fees into an escrow account and that the Supreme Court would not consider the purported admission in the WhatsApp message.

The Supreme Court held that “WhatsApp messages, which are virtual verbal communications are a matter of evidence with regard to their meaning and its content to be proved during the trial by evidence in chief and cross-examination”.

A three judge bench comprising of Justice R.M Lodha, Justice Kurien Joseph and Justice R F Nariman overruled the judgement delivered in State (NCT Delhi) v Navjot Sandhu to the extent of deciding the admissibility of secondary evidence in court by applying the principle of generalia specialibus non derogant (general provisions must always yield to special provisions) has mandated the requirements mentioned in Section 65B of the Evidence Act and held that a certificate is mandatory in order to admit electronic evidence.

In 2018, the Supreme Court overruled this judgement in Shafhi Mohammed v. State of Himachal Pradesh, wherein the court relaxed the mandatory clause added in the previous judgement and stated that any electronic record produced as evidence without following the condition mentioned in Section 65B(4) of the Evidence Act (regarding the certificate) can be relied upon and also held that Sections 65A and 65B of the Evidence Act are supplementary in nature which is added to assist the code on the subject.

In 2020, the Supreme Court held that the condition mentioned in section 65B(4) of the Evidence Act is essential to the admissibility of electronic records as evidence. The Supreme Court upheld the order stated in Anvar P V v P K Baseer and Others and overruled the judgement passed in Shafhi Mohammed v. State of Himachal Pradesh.
The Supreme Court further held that if the person who is bringing this concerned information is not in the possession of the computer or the original device then that person can seek help from the court in getting a proper certificate which is defined under Section 64B(4) of the Evidence Act on record by the concerned person.

While the Indian law on electronic evidence is still in its infancy, the current stand of the Supreme Court appears to be that WhatsApp messages should not be admitted in court as evidence since they can be created and deleted by anyone at any time and hold no evidential value. That being said, following the Information Technology Act, 2000 and going forward into the future, we hope to see significant advancements in the regulatory landscape around e-evidence.