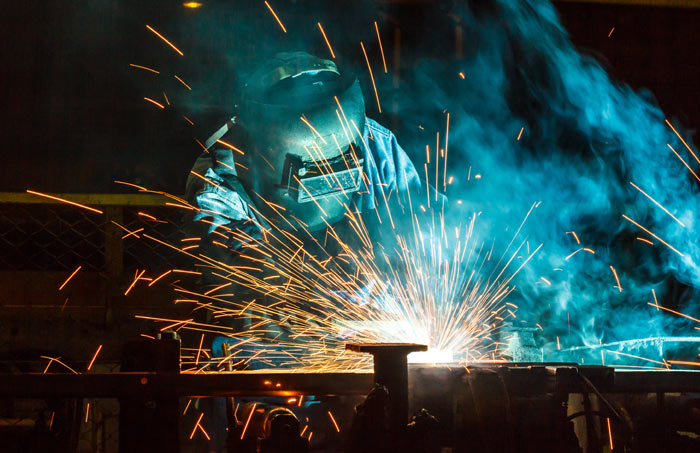 The Government notified the Industrial Relations Code, 2020 (‘IR Code’) on 29 September 2020 to consolidate the three existing labor laws, the Trade Union Act, 1962, Industrial Employment (Standing Orders) Act, 1946 and the Industrial Disputes Act, 1947 (‘ID Act’). This was introduced with a view to eliminate the present complex legislations riddled with outdated provisions and ambiguous definitions. The aim of this new code is to achieve industrial peace and harmony in resolving industrial disputes and to advance the progress of industry by bringing about harmony and cordial relationship among employers and workers. The IR Code seeks to facilitate ease of doing business and faster dispute resolution. This has been made possible by the introduction of new provisions. While these are steps in the right direction, reading of the IR Code shows that a few sections of the code continue unchanged.

One such provision is section 94 of the IR Code which mirrors the provisions of restricting appearance of legal practitioner as contained in section 36 of the ID Act.

The ID Act through section 36 limits the representation of parties under dispute by a legal practitioner, except when it has been consented by the parties along with leave granted by the respective court/ tribunal. In this section, if a workman is member of a registered trade union, then he has the option of being represented by member of the executive or office bearer of that trade union. Whereas an employer can be represented by a member of an association of employers. This principle has been retained in section 96 of the IR Code.

In the paragraphs below, we attempt to examine whether the verbatim reproduction of the section fosters the principles behind the IR Code or whether it acts as an impediment. The objective of introducing the new code is to usher in harmony among employer and worker, quicken dispute resolution, consistency, etc. Let us now examine how far the retention of section 96 in the IR Code strengthens these objectives.

In the past, section 36 of the ID Act has seen several judicial challenges and various courts have given numerous reasons as to why a legal practitioner should be allowed to represent a party without consent of any party or tribunal. The courts have gone on to suggest that the intent behind section 36 needs to be relooked at by the legislature. One such judgment is of Allahabad High Court that held the section of the ID Act to be ultra vires to the constitution. The court stated that if a workman is represented by an advocate but the same is denied to the employer, then it is unconstitutional. The court took the view that labor law is technical and requires specialist knowledge. This being the case, to debar lawyers merely because the opposite party objects, is wholly unreasonable and arbitrary. A similar view was held by Madras High Court in 2007 where it added that, with Article 39A of the Constitution along with Legal Aid Services Authority Act which provides legal aid to poor from Taluk level to the level of Supreme Court, a workman can have an assistance of a lawyer of his choice free of cost.

The Allahabad High Court held in a case, where one party had denied giving consent, that it would be obligated to proceed and decide the application seeking leave based on the facts of the case. The court stated that leave by the court cannot mechanically be rejected if one party denies giving consent to the other party. Further, while some courts have considered the term “consent by parties” to mean express consent, other courts have opined that consent could also be implied from the surrounding circumstances and conduct of the consenting party.

Section 36 of the ID Act was brought with a view to bring relief to workers who could not employ legal practitioners like their resourceful and well-off employers. Thus, workers could be represented by Trade Unions. As times have progressed, Trade Unions who represent workers are no longer as under educated and unskilled with respect to labor laws. Thus, section 36 could be considered as a hindrance for employers who must take consent for appointing legal practitioners. The Bombay High Court in case of T.K. Varghese Vs Nichimen Corporation supported this point and stated that there are several Trade Unionists who have acquired knowledge, legal acumen, and skill to defend the working class in the proceeding under this act who are more than a match to even the best of the practitioners before the Labor Court or Tribunal. In this case, as the employer was a foreign company, the court further explained how small employers and foreign companies who have started entering the Indian industries trade at an increasing rate and are not accustomed to the labor laws in India. Such employers or companies could suffer great loss if not allowed to be represented by a legal practitioner.

Even historically, there have been conflicts as section 36 contradicts with section 30 of the Advocates Act, 1961 which allows an advocate the right to practice before any judicial forum and does not mention the need to take consent from the parties or the court/tribunal.

The Second National Commission of Labor Report in 2002 which had recommended consolidation of labor laws had stated that the provision of consent under section 36 of the ID Act should remain. It further recommended that a system of legal aid to workers and trade unions from public funds be worked out, to ensure that workers and their organizations are not unduly handicapped because of their inability to hire legal counsels. Although the IR Code did go ahead to retain section 36 of the ID Act, it doesn’t contain any provision for providing legal aid to workers or trade unions. Courts do not seem to agree with the decisions of lawmakers such as the Delhi High Court, which recently in 2021, in the case of A and B Fashions Pvt. Ltd. Vs Ramesh Kumar & Ors., stated that, once procedural formalities are completed between the parties and the matter reaches trial, it would be inapt to not allow the workmen or the management to engage lawyers.

Similar provisions can also be seen in Australia’s Fair Work Act, 2009 (‘FW Act’) where a person may be represented in a matter before the Fair Work Commission (‘FWC’) by a lawyer or paid agent only with the permission of the FWC. However, clear conditions have been laid down under which the FWC may allow representation by a lawyer or paid agent such as complexity of matters, unfair representation, etc. There are also certain exceptions in matter of modern awards or minimum wages where the consent is not required. However, labor laws of the UK and USA do not seem to include any such limitations when it comes to representations in labor courts.

The lawmakers reiterated section 36 of the ID Act verbatim, but they should have taken a more wholistic approach by suggesting changes to section 94 of the IR Code such as limiting the grant of consent only to certain required scenarios, providing for procedure of consent, representation in complex issues of law, etc. All things considered, with more than 70 years of gap between the two legislations and with the evolution of the Indian industry and markets having foreign companies and small employers, increase of legal experts in trade unions, availability of free legal assistance under Legal Aid Services Authority Act, adjudicating procedure becoming more technical, the IR Code with a modified modern framework was required to be set up. It is perhaps still open for the lawmakers to revisit this aspect.