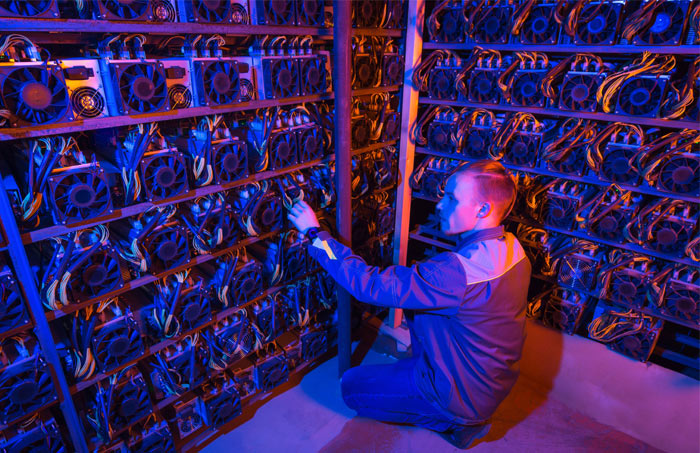 The Cryptocurrency and Regulation of Official Digital Currency Bill, 2021 (the “Bill”) is a bill being introduced to the Lok Sabha. According to the Lok Sabha bulletin dated November 23, 2021, the Bill seeks ‘to create a facilitative framework for creation of the official digital currency to be issued by the Reserve Bank of India. The Bill also seeks to prohibit all private cryptocurrencies in India; however, it allows for certain exceptions to promote the underlying technology of cryptocurrency and its uses’.

Before discussing the need for regulation and/or prohibition of Cryptocurrencies or Virtual Currencies (“VCs”) it is important to understand the constitution of VCs.

Historically, currencies were devised as means to replace the barter system. Currencies that we use in our regular life are also known as “fiat currencies” since they are backed by a convertible or a commodity. In simple terms, the currency that we use is issued by the Government and is a promissory note issued by the Government promising to pay the bearer the amount specified on the currency.

VCs are basically a collection of binary data, which is stored using cryptography to secure the transaction records. VCs are not fiat currencies and are not backed by the Government. VCs are based on the concept of decentralised control and have no single authority regulating its issuance. VCs do not exist physically. They are distributed over a vast network of computers. Unlike regular currencies, VCs have a limit. Every ASCII computer file specifies the quantity of a coin. E.g., there are only 21 million Bitcoins released. Thus, as the demand for VCs increase, so does its value. It works on the principle of demand and supply.

VCs also have the advantage of eliminating third party merchants such as Visa or Master Card and therefore an end user does not have to pay commission, bringing down the transaction cost.

However, the most vocal advantages of VCs are that they can be “mined” by a computer that involves a process of solving arithmetical problems or algorithms, which are used to verify transaction blocks to be added to the blockchain. As stated earlier, VCs are secured by blockchain, which is an ever-growing list of transactions. One can use a computer to validate these transactions and, as a reward, receive a cryptocurrency.

The need for regulation

If VCs have so many benefits, then why are the Governments sceptical of considering them as legal tender?

The short answer is privacy. VCs are based on blockchain technology, which is highly secure. A wallet is linked to a private key rather than an individual person. Therefore, the Governments find it challenging to trace the origin of a transaction. Because VCs use pseudonyms to carry out transactions, it has the potential of being used for illegal activities.

Another concern is that since VCs are not backed by Government or any commodity and therefore can lose their values if the promoter of the VCs stops trading activity. The latest example is Squid Game Crypto Scam, where it is estimated that the promoters scammed an estimated $ 3.38 million, by drawing in buyers and thereafter stop trading, leaving the buyers with tokens which have no financial value.

Chequered History of VCs in India

In India, the Reserve Bank of India (“RBI”) over the years has voiced concerns regarding VCs and the lack of safeguards. What appears to be the RBI’s apprehension and reluctance had manifested in a ban via circular issued by the RBI on April 6, 2018 (“2018 Circular”) prohibiting all entities regulated by the RBI from rendering services in connection with VCs including maintaining accounts, registering, trading, settling, clearing, giving loans against virtual tokens, accepting them as collateral, opening accounts of exchanges dealing with them and transfer/receipt of money in accounts relating to purchase/sale of VCs. This circular was later set aside by the Supreme Court in March 2020 in the case of Internet and Mobile Association of India V. Reserve Bank of India.

It was held by the Supreme Court in the aforementioned case that ‘The position as on date is that VCs are not banned, but the trading in VCs and the functioning of VC exchanges are sent to comatose by the impugned Circular by disconnecting their lifeline namely, the interface with the regular banking sector. What is worse is that this has been done (i) despite RBI not finding anything wrong about the way in which these exchanges function and (ii) despite the fact that VCs are not banned’.

It is also relevant to note that the SC Garg Committee (“Committee”) in 2019, led the charge to ban VCs, the Committee put forth its concerns regarding the ballooning of VCs in its report and stated that nearly all VCs are issued abroad with huge numbers of people in India investing in them. The report stated that, “All these cryptocurrencies have been created by non-sovereigns and are in this sense entirely private enterprises and there is no underlying intrinsic value of these private cryptocurrencies due to which they lack all the attributes of a currency.”

According to the Committee’s report, VCs will not be able to act as a currency since VCs are not consistent with the essential features of currency, it further recommended that the government keep an open mind regarding an official digital currency. The Committee as well as the RBI are of the view that VCs stand the risk of being misused for the purposes of money laundering and have long been regarded as volatile and unsafe investments by the RBI.

The proposed Bill may ideally serve to introduce a level of uniformity of understanding and serve to bring the various government agencies involved onto the same page while also providing security and helping regulate the otherwise unregulated markets and prevent its misuse.

However, on the surface the Bill seems to be very restrictive in nature as it seeks to ban all private cryptocurrencies including mining and trading therein. The Bill further seeks to promote the ‘official digital currency’ that is to be issued by the Central Government and the RBI. Further, the penalties prescribed under the Bill seem to be disproportionately harsher when compared with similar economic offences. The text of the Bill is yet to be released to the public however and as such it may differ greatly from the provisions of the previous draft Banning of Cryptocurrency & Regulation of Official Digital Currency Bill, 2019.

The question now is whether banning all private VCs and having a single regulated ‘official digital currency’ defeats the purpose of VCs in general or is justified given the volatility as well as the potential for misuse.

The fact of the matter remains that, as with any other system, there exists an inherent risk. Considering the benefits of VCs, a better approach may have been to regulate rather than ban. Countries like Canada regulate VCs under their money laundering laws, trading in VCs is permitted on an open exchange and the revenue generated is taxed under their income tax laws, VCs are also used to avail products and services. Further, Japan permits the use of VCs as payment systems.

In India, the Crypto trading platforms are witnessing a substantial jump in volumes. As per a recent report, WazirX, India’s biggest Cryptocurrency exchange registered an annual trade of over $43 billion. If properly regulated, the Government can tax the revenue generated, which can be a win-win situation for both the Government as well as investors.

While there are genuine concerns over the usage of VCs, regulation rather than prohibition could be a more viable option in India and embracing VCs may have served as a way for India to lead the way into the future.